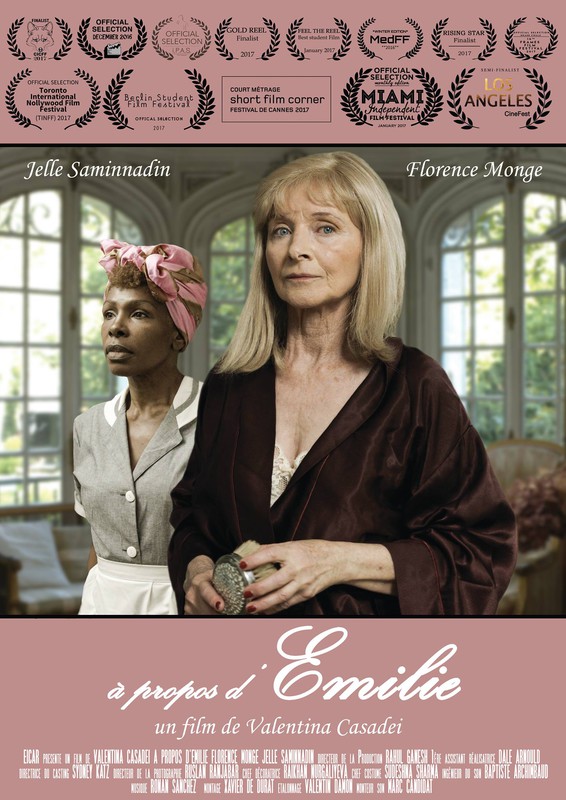 A modest housekeeper keeps being bullied by an hysterical
bourgeois for no apparent reason. Forced to endure these
abuses in order to avoid being sent back to Cuba, she
makes a discovery that will change everything.

About Valentina Casadei
Valentina Casadei is a photographer, screenwriter and student in directing. She was born in Ravenna (Italy) in 1993 and struck out for Bologna after graduating from high school. There she has studied history of cinema. In september 2015 she has started a master of filmmaking in Paris where she is also pursuing a career as a filmmaker independently from the university.