“Moving Past Scandal: What’s Next In Combating Sexual Harassment In The Film and Media Industries” 1:20-2:20 PM 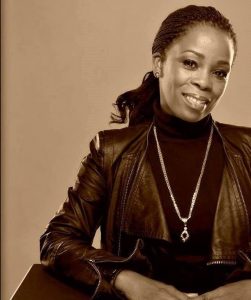 Michele is a subject matter expert who has a passion for making work, work for everyone. She incorporates her experience as a certified life coach and accomplished sales executive with over 20 years in leadership to her methodology as a strategic human resource manager. She believes that the right policies and best practices are key to having the best organizational cultures. She entered into the film, tv, and media industry in 2011 as a wardrobe consultant for series produced by the Food Network. Since then she has partnered to launch Chicks That Pitch a Media Development and Distribution Consulting Service for original content development where she is Co-Owner and VP of Sales. She has also worked for the following companies and on productions which include: Hugo Boss, Neiman Marcus, Mercedes Benz, Common Ground Foundation, Steve Harvey and Marjorie Foundation, Escomedia, Comcast, Edit Talent Group, Fox as well as a host of independent television and film projects. She recently worked with Free Spirit Media as a volunteer mentor facilitating professional development workshops for The Chicago Track Program before moving into a full time role as Program Coordinator for the Industry Pathways Program which focused on creative workforce development for the film/media and advertising industry. She left Free Spirit Media to launch her own workforce development and strategic human resource management practice, 21st Century Work Strategies, formerly known as Preferred Elements. 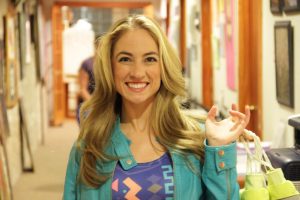 Corielle Heath Laaspere is a certified Sexual Violence Prevention Educator with over 120-hours of training and 10-years of experience. She holds dual degrees in Psychology and Sociology from Lehigh University, as well as a Master’s of Strategic Public Relations from the University of Southern California. Corielle is the Founder and President of liftUPlift Worldwide, a 501(c)3 nonprofit on a global mission to prevent sexual violence. She has trained thousands of Allies around the world to recognize early warnings of sexual violence and take action to prevent or intervene. In 2017, Corielle received a grant from the Chicago Foundation for Women to spearhead Chicago’s first ever Sexual Assault Prevention Week, and she was sponsored by the U.S. Department of State to host forums on Domestic Violence Prevention at the American Embassy in Moscow. Learn more at www.liftUPlift.org/About! 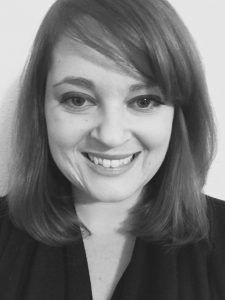 Stephanie Brown is finishing her doctorate in Media and Communications at the University of Illinois, Urbana-Champaign in the Institute of Communications Research. Her dissertation looks at gendered gatekeeping in stand-up comedy as a media industry, including the sexual harassment and threats women comics and fans face from local comedy scenes to social media. In addition to presenting her work at numerous conferences across the country, she has also been published in Flow Journal, In Media Res, Transformative Works and Cultures, and Studies in American Humor.

Locally, Stephanie teaches courses in Media and Cinema Studies and in Gender and Women’s Studies, produces a local inclusive open mic,  and is in process of co-launching with her sister an after school program called Girls Amplified, designed to teach media literacy and performance skills to high school students. 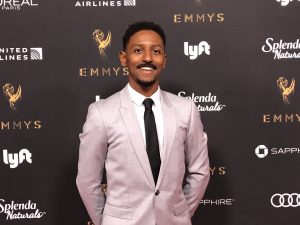 Aymar Jean “AJ” Christian is an assistant professor of communication studies at Northwestern University and a Fellow at the Peabody Media Center. His first book, Open TV: Innovation Beyond Hollywood and the Rise of Web Television on New York University Press, argues the web brought innovation to television by opening development to independent producers. His work has been published in numerous academic journals, including The International Journal of Communication, Cinema Journal, Continuum, and Transformative Works and Cultures. He has juried television and video for the Peabody Awards, Gotham Awards, and Tribeca Film Festival, among others. He leads OTV | Open Television, a research project and platform for intersectional television. OTV programs have received recognition from HBO, the Television Academy (Emmy Awards), New York Television Festival, City of Chicago, Streamy Awards, and Independent Filmmaker Project (Gotham Awards). Its programming partners have included the Museum of Contemporary Art Chicago, Art Institute of Chicago, Block Museum of Art, and City of Chicago, along with numerous galleries, community organizations, and universities. Dr. Christian’s blog, Televisual, is an archive of over 500 posts chronicling the rise of the web TV market, and he has written regular reports on TV and new media for Indiewire, The Wall Street Journal, Slate, and Tubefilter. He received his PhD from the University of Pennsylvania. 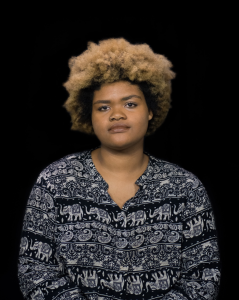 Caitlyn Johnson is a senior at the University of Illinois Urbana-Champaign where she majors in Media and Cinema Studies. Growing up, Caitlyn has always held a strong interest in cinema and has been making short films from a very young age. Since beginning her film studies, Caitlyn has become active in the local film community and has worked on several projects with Shatterglass Studios, including web series ‘Seeds’. Additionally, Caitlyn has done videography work for the Regional Dance Development Initiative, Brown Theater Collective as well as committee director and representative of Illinifest Student Film Festival. Once complete with her time at the University of Illinois, Caitlyn hopes to continue creating films and furthering her skillset cinematographer and director. 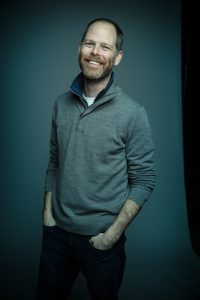 Ted Reilly is a passionate storyteller and entrepreneur. As executive director of Chicago Media Angels  he is focused on organizing, educating and accelerating savvy media investors in the Midwest. Ted is also the founder of SRH Partners where he leverages his passion for creativity and extensive experience in finance to help creative talent organize and flourish. Ted serves on the board of Stage18 Chicago, a non-profit organization dedicated to providing education, community, office space, resources, and employment opportunities to independent filmmakers, visual artists, and entrepreneurs. Prior to launching SRH Partners, Ted worked for Goldman, Sachs & Company and received his BBA in Finance from the University of Notre Dame. When not searching for unicorns, Ted enjoys spending time with his wife and their six children.

Eddie Linker has combined a lifelong career in finance with his love of film. Having worked his way through college on the trading floors in Chicago, he has always sought opportunities in areas of change and disruption. Film seems to always be in a stage of disruption, so he looked to find a way to finance films. It’s a fine balance between capitalizing on an opportunity while still offering creative integrity to filmmakers. He is one of the founders of Forager Film Company. He has produced over 10 movies, and all of those movies have premiered at a major film festival. He is a founder of Elevated Films (elevatedfilmschicago.com). Elevated is a NFP that shows independent films mostly outdoors and donates all proceeds to youth art programs in Chicago.

Jenny Oyallon-Koloski is an Assistant Professor of Media and Cinema Studies at the University of Illinois (Urbana-Champaign) and a Certified Movement Analyst (CMA) through the Laban/Bartenieff Institute for Movement Studies. She teaches courses that explore film history, film theory, cinema’s place in the contemporary media landscape, and digital media production. Her current research studies the history of movement on screen, genre cinema, and the films of Jacques Demy.